The History of Bathtub Shower 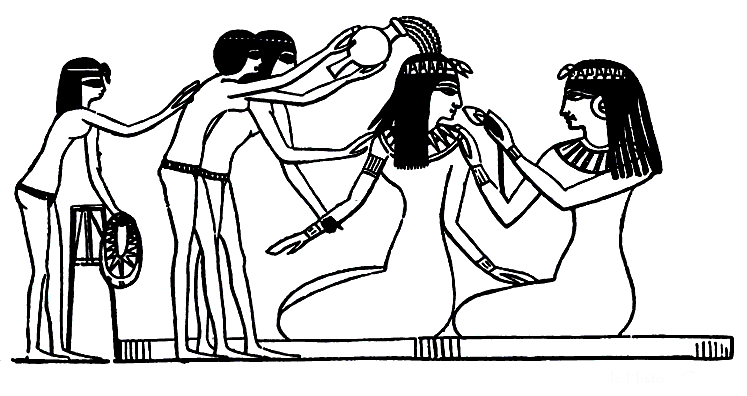 The History of Bathtub Shower

If you have ever asked yourself why do you love so much bathtub showers (just in case you wonder about those kind of things), we can make a little bit of history, just to show you that mankind has loved it since thousands of years ago. But when did it become popular in a civilization? Well, the first ones of whom we have some data are the ancient Egyptians.

Yes, but before that, anthropologists and archaeologists have found evidence of prehistoric man living near streams and where ever areas of water existed. Artifacts dating back to 2800 B.C. in Babylon found a material resembling soap in a clay container.

Dating as far back as 2000 BC, Egyptians took bathtub showers regularly and documents written on ancient papyrus show bathing was also used to treat skin diseases. Moses in the Bible gave detailed instructions to the Israelites to maintain cleanliness of their bodies, and associated cleanliness to personal health and for religious purification purposes. The Bible records that people used clay, pumice, sand, ashes and oil to get dirt off of their bodies, and that ashes and oil were used as a hair gel sort of product. As we look at the connection between man and water through history, we can see milestones in bathtub shower that take us from thousands of years ago to today’s times.

Dating as far back as 2000 BC, ancient Egyptians were amongst the first to widely adopt the power of the hot bathtub shower for its therapeutic values. In fact, Phraortes, the King of Media, built one of the first known hot tubs in 600 BC, which simply consisted of a water-filled caldera that was then heated by placing red-hot stones in the water.

Hot bathtub showers in a tropical climate in the desert? Yeah… Well, before we have to explain that Egyptians were fixated on cleanliness because of the weather characteristic on the banks of the Nile river. Their obsession with it was so high, that they used to believe that foreigners were dirty rather than exotic, and those who didn’t have access to personal hygiene options were despised.

That obsession led them, men and women, to shave and pluck off all of their body hair using tweezers, knives and razors made of flint or metal (yes, Cleopatra was bald when Julius Caesar and Mark Antony went crazy for her) . It seems that Egyptians would be busy all the time in their bathtub showers because once you got to the end of your body, hair would have grown in at the beginning again. 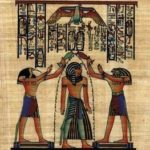 Not only was this for beauty, but it also for getting rid of body lice. To clean themselves while bathtub shower, the Egyptians used natron (which was also used when mummifying the dead), followed by linen towels for drying. The rich had facilities in their places of residence while the majority of Egyptians bathed in the Nile.

The homes of the wealthy were airy and roomy, literally. There were bedrooms, servant’s quarters, halls, dining rooms, and bathrooms. Actually, a “bathroom” was usually a small recessed room with a square slab of limestone in the corner. There the master of the house stood while his slaves liberally doused him with water… but that was more like a shower. Egyptian royalty bathed with essential oils and flowers. But no rubber ducks or bubbles.

Well, now you have some fascinating facts to share at your next bathtub shower date!

And this it, in the next post of “Tubs and More” we will talk about other really hedonistic people, the ancient romans, whose soldiers needed always a bathtub shower while conquering new lands and making war. Do not forget to visit our showroom today… Because with over 50 tubs on display you are sure to find the ‘right one’.

Find out more about Bathtub Showers and prices at Tubs and More:

Decorate Bathtub Shower Showroom – Bathtubs and More Since 1986 – Everything You Need to Update Your Bathroom. Immerse yourself in luxurious whirlpool bathtubs or showers. Redo your bathroom without breaking the budget with a new vanity or his & her sink. Bathrooms have always had the basic functionalities covered, and the latest technological advances have made possible added benefits of rest, relaxation, massage, deep-heat soaks and more. Come to our decorative bathtub shower showroom located in Weston, Florida for the finest quality in bathtubs, freestanding bathtubs, whirlpool bathtubs, and claw foot bathtubs.